MNZM - CHAIR OF LESLIE HUTCHINS CONSERVATION FOUNDATION
Paul Norris is believed to be tourism’s first Chief Conservation Officer.  Previously the General Manager of Real Journeys, he received the New Zealand Order of Merit in the New Year’s Honours list (2021) for services to the tourism industry and conservation.
The award reflects the key role he has played at Real Journeys over the last 27 years, introducing numerous conservation initiatives; including the Cooper Island Restoration Project (a $650K+ project); the annual Cruise-for-a-Cause, that has raised over $260,000 to help organisations like the Dunedin Wildlife Trust and Yellow-eyed Penguin Trust and providing Real Journeys nature guides to teach students about conservation for the Deep Cove Outdoor Education Trust.

As well as Chief Conservation Officer for RealNZ, Paul is Chair of Predator Free Rakiura and Deputy Chair of the Milford Sound Tourism board.

Sophie Fern is a scientist, researcher and writer, based in Dunedin.  A passionate conservationist and champion for our lesser-known native species, she is completing her PhD on how the ‘charisma’ factor of native species can affect the conservation work to protect them.

Sophie has over twenty years’ experience as a storyteller and communicator, on radio, television and in countless articles and books.

Roger Wilson, FCA-JP is one of the original trustees appointed by the Foundation’s founder, Les Hutchins in 1994. He’s also a long serving former trustee and chair of Real Journeys Limited, the company founded by Les and Olive Hutchins.

After practising as a Chartered Accountant in Southland and Otago for nearly fifty years, Roger has retired to Arrowtown, where he still carries out consultancy work for a number of business clients.

Roger has had a lifetime interest in conservation and is a keen deer stalker, much of which has been carried out in the Fiordland and surrounding area.

Bridget Legnavsky is the Chief Experience Officer for Realnz. Previously the General Manager of Cardrona and Treble Cone Ski resorts, she has been part of leading the sustainable projects and shifts in the mountains of Wanaka. These include environmental initiatives on the resorts, protection programmes of the Karearea and Kea, the removal of landfill from the resorts as well as enabling all children in the region to be able to get to the mountains with ride Tamariki camps. Most recently she has pulled together an industry team to build a nationwide carbon accounting system for Ski Resorts.

Bridget is Chair of the QLDC Climate Reference Group, put together to advise on the Queenstown lakes Climate Action Plan. She is also deputy chair of Mount Aspiring College, a member of the MBIE’s Regional Skills Leadership Group and past chair of the Wanaka Chamber of Commerce.

Tony has had a long, distinguished career in tourism, winning the industry’s highest accolade, the Sir Jack Newman Award in 2014 and awarded life membership of the Tourism Export Council in 2017.

He started working for Bryan Hutchins in 1980 as Queenstown Area Manager for Fiordland Travel (which became Real Journeys and now RealNZ).Tony is passionate about preserving our heritage for future generations.

He instigated the Walter Peak Land Restoration Project, which saw over 100 hectares of invasive wilding pines replaced by over 21,000 native plants – a project that received special recognition from the Department of Conservation.

Tony is also a long-serving patron and trustee of the Queenstown Trails Trust, a charity that is providing a network of off-road trails to explore the outdoors in a safe and sustainable way.

Bryan Hutchins is a director of RealNZ (formerly known as the Wayfare group of tourism and ski companies) and eldest son of Les and Olive Hutchins.

Bryan has inherited a deep love for the south of the South Island and believes that sharing it and enabling people to connect with nature, creates ambassadors who become passionate about preserving our natural heritage for future generations. 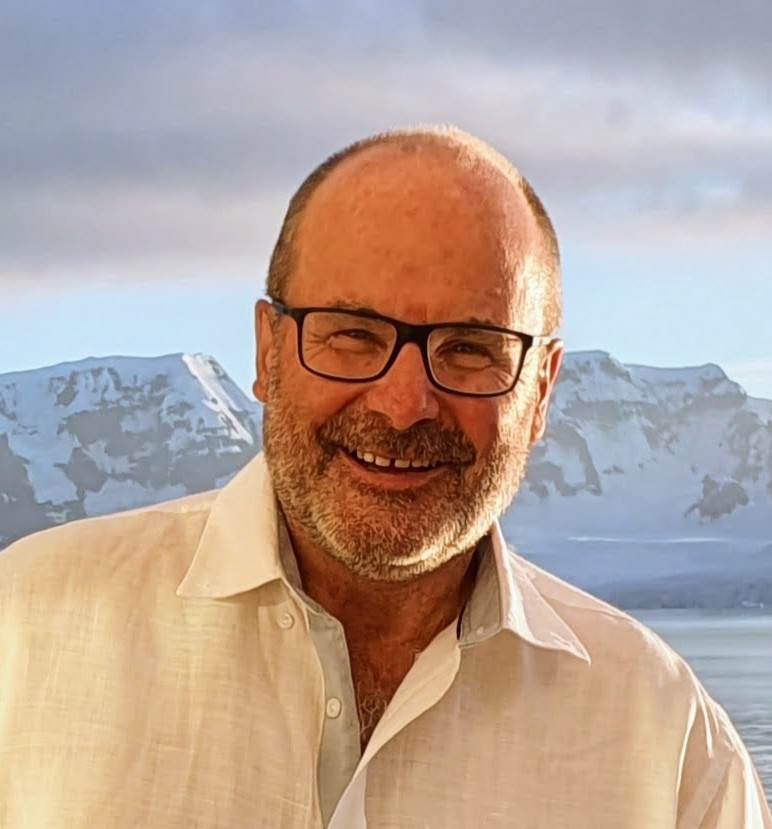 Lou Sanson’s 40-year career in the natural resources sector began as a trained environmental forester and has since flourished into leading Antarctica New Zealand and the Department of Conservation. Through effective and strategic leadership, heled the New Zealand Antarctic Research Programme to become, from a strategic influence perspective, one of the top five programmes in the world. Unafraid of change, Lou headed the complete reworking of the Department of Conservation’s strategy and operating models.DOC was awarded the Randstad Award for the most attractive employer to work for in New Zealand for five years in a row and placed fourth in New Zealand’s Public Sector Reputation Index. Lou became skilled at marrying science with technology, always with an environmental focus, which helped lead significant change in DOC’s commercialisation through the international tourism boom of 2014-2020. By the end of his tenure, he had implemented novel approaches to extract commercial value from tourists visiting New Zealand’s incredible natural assets. Lou has been a critical player in the establishment of the ‘NZ Predator Free’ movement and established ‘Predator Free2050’. Lou brings exceptional collaboration and relationship skills to any organisation and incredible track record of environmental and tourism sectoral leadership.